Today I felt like a Martini - James Bond style - shaken not stirred!

After a lovely camp site on the Thomson River at Jundah and scoring free showers (great facilities!), we headed off towards Windorah - the last fuel stop before Birdsville.

We filled up there (ouch - Diesel - $1.57 per litre!) and noted the multiple warnings about no more fuel for 383km and headed off for Birdsville.

The first 110km was tar-sealed - noting that "tar-sealed" becomes a much looser and less defined phrase the more "out" you go in the "outback".

We called it quits for the day around 2pm at the junction of the bitumen and the dirt - set up by ourselves in the road side stop, got the camp fire going with the wood Dad had stopped and collected along the way and drank wine and watched the others pull in..... another 5 sets of travelers joined us for the night and after watching them set up the manual and motorized camper trailers, all we can say is THANK YOU for the #BadBettyBus and all the convenience that comes along with her!

Dad caught the end of an incredible sunset - just amazing and pictures follow!

This morning was a bit of a flurry of activity - after chatting with a gentlemen that stayed overnight but had just come out from Birdsville, we had an idea of what the #BadBettyBus might be in for on the Birdsville Development Road but it is still something to be experienced and cant really be explained! Noting that our BBB doesn't have flash stuff like new style suspension, we put everything away that we could and battened down the hatches!

Lets just say that at times, a bit more development on the Birdsville Development Road wouldn't go astray...... the first part of it lulls you into a false sense of security but have you ever been in a bus that starts to slide in the sand and fishtail and THEN, with not seeing any Emu's since just as we started this morning, while fighting the slide and getting the BBB back onto solid ground and going straight ahead, a mob of Emu decided that THAT was the perfect time to cross the road in front of us.... we tried to find the footage from the dash cam to share it with you but to no avail - sorry folks - it was an experience! :-) No Emu were harmed in our journey and the BBB was awesome - didn't miss a beat!

The road was an experience - you simply cant imagine how excited we all three got when we suddenly got a stretch of tar-seal - a welcome break from the bouncing! The other interesting part of the road - two of the long stretches of tar-seal were actually emergency airplane landing strips - that's a first!

Besides stopping at Dion's lookout (about 80km in on the dirt) for some serious views of the Channel Country and making another traveler seriously consider offering $ when she watched us fire up the generator and make real coffee (got to admire coffee envy!), the 270km was bouncy but uneventful - although all of us found the surrounding area generally greener than we expected but even then, we were more than glad to make it into Birdsville early afternoon today - every part of us and the contents of the bus are covered with a fine layer of dust.... thankfully its only about a 100km of dirt on the way out to Mt Isa and then we can give the BBB and all of us a decent clean!

We have already stopped at the Bakery and tomorrow is checking out the heritage sites and likely heading out to the South Australian border along the Birdsville Track so we can get a picture of me at the border and with the Dingo Fence! That will be one to tick off the bucket list for Mum! 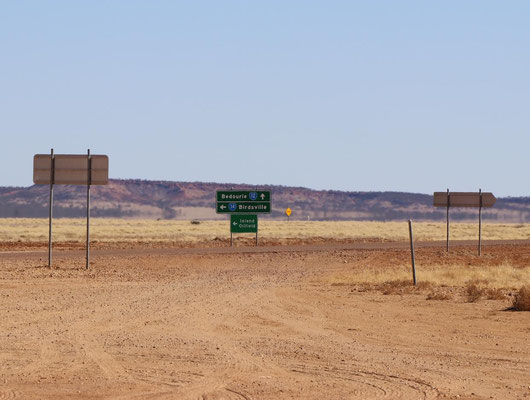 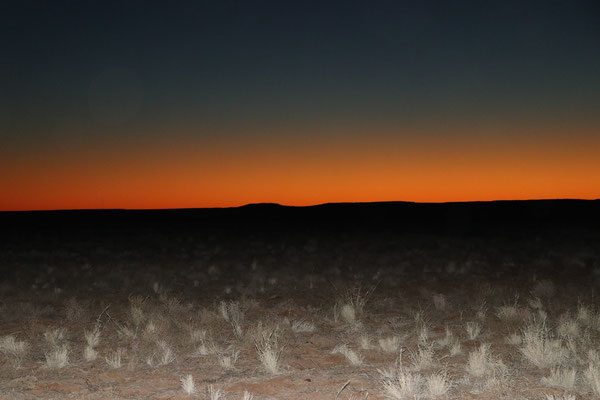 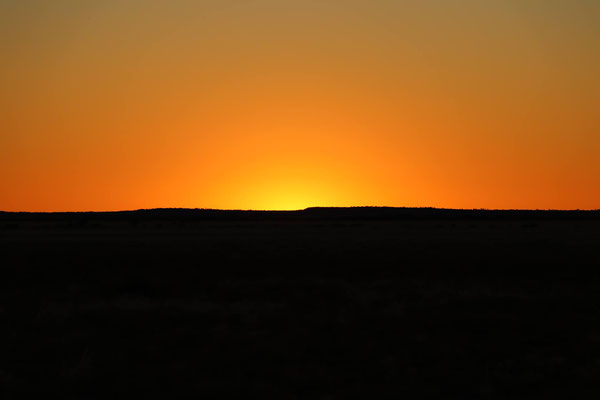 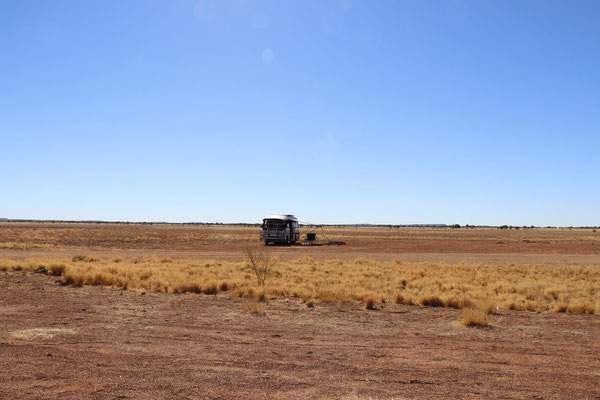 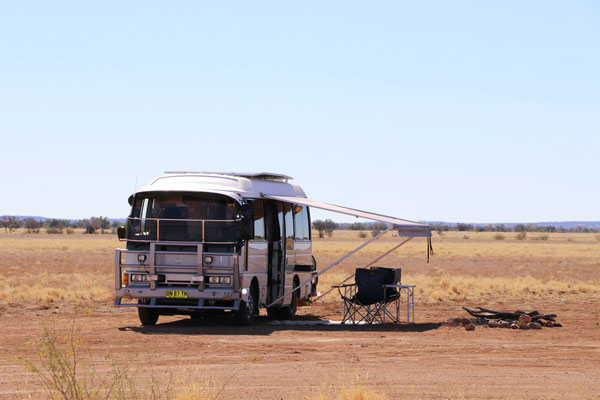 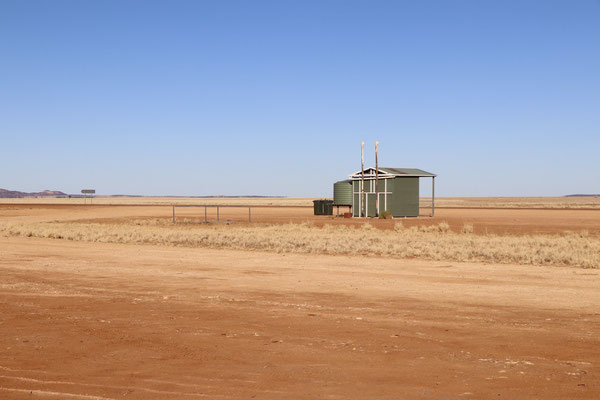 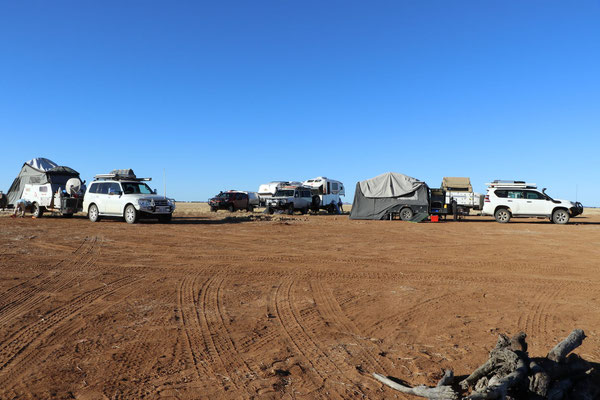 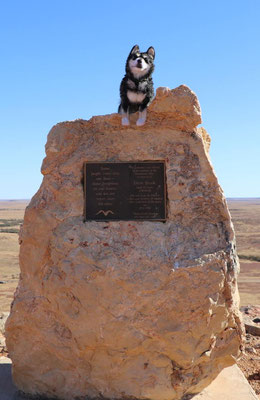 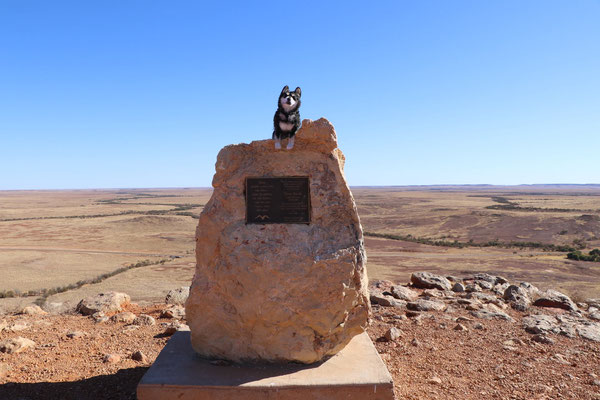 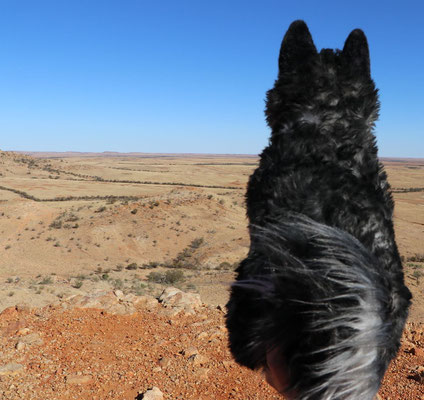 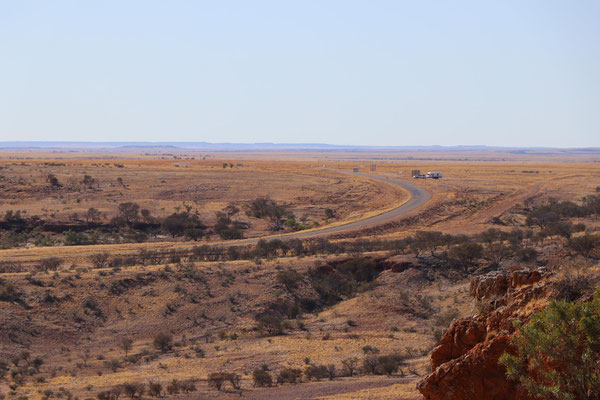 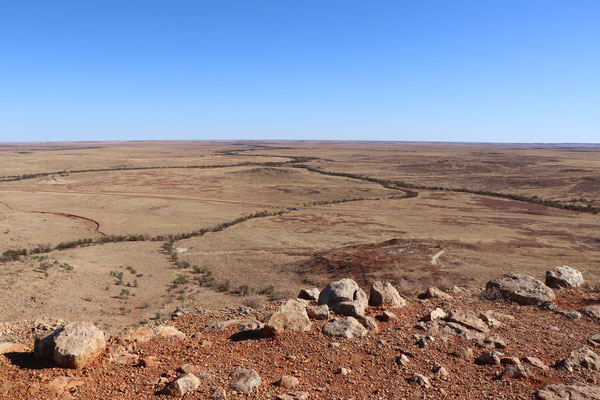 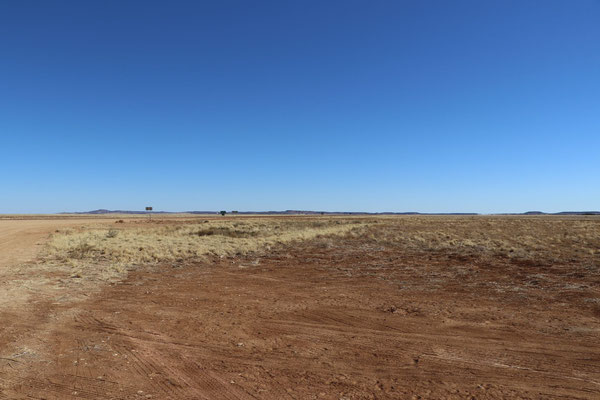 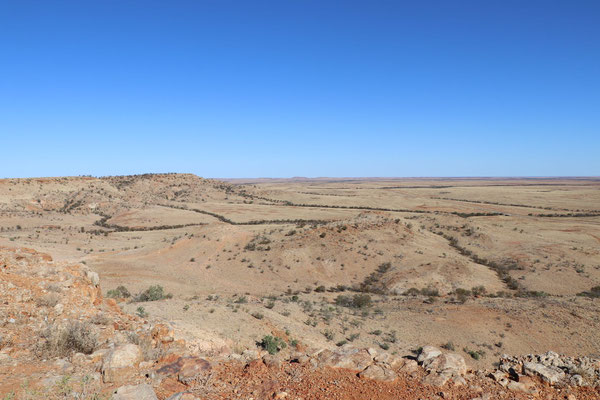 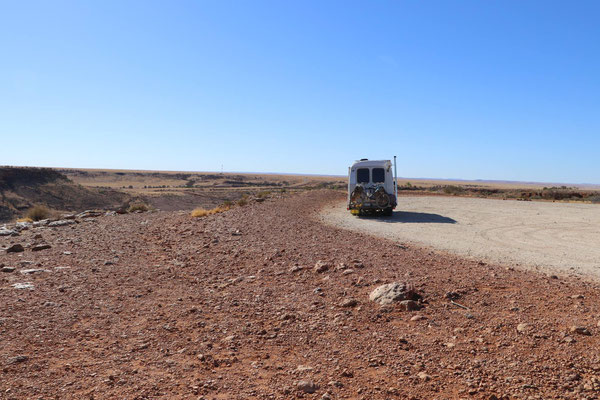 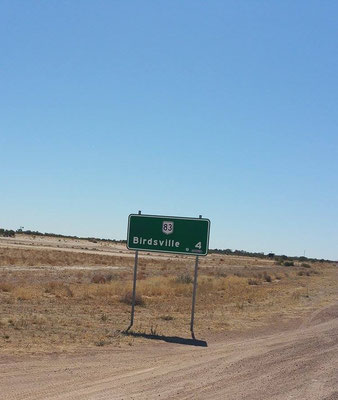 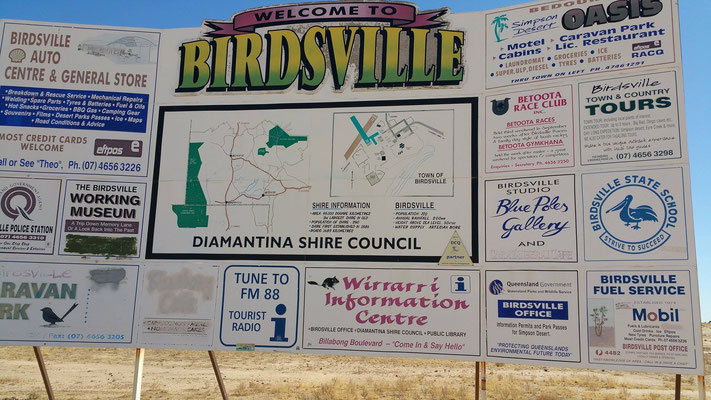 Americans embrace their constitutional right to bear arms and likewise I think we Australians feel strongly about the right to free camp and have a camp fire in our country.

Who has the authority to deny us this right? Federal Government? Local Government or Local Councils? They can put up their signs and distribute their printed propaganda but the Australian right to free camp will overcome all obstacles and stick it to the man.

Many a camp we have frequented designated overnight camping only has campers set up as permanent residents. They are a special breed who have perfected free camping and the art of camp fires. Equipped with unique handcrafted steel cooking apparatus designed for open fires they are the elite specialists. He who has the most fire wood wins and they are the shortlisted contenders with their wood stacks neatly arrayed for public inspection and adoration.

We have got with the program and started to collect wood in our travels. We rock into our next free camp with firewood we collected during the day just like the well prepared old timers we are imitating.

Tonight we are free camping 100km from Windorah at the junction where the tar ends and the dirt begins, we were the first ones here. Setting up camp for us is a simple affair, we choose a spot, park, let down the awning, get the chairs out and then pour a glass of wine - takes a couple of minutes. In stark contrast we have just witnessed the spectacle of five nomad vehicles rock into camp with camper trailers and watched with fascination the effort required for them to set up camp - get a bus it wins hands down.

My son has traveled extensively overseas backpacking and gave me a useful tip that is so true, he applies a principle he terms the effort to joy ratio and it works like this. If you are going to carry it around with you then how much joy will it bring you?

Keep it simple, you actually need less stuff than you think. At the end of the day it is the simple things that give you the most pleasure, the rest is just excess. A good campsite, comfortable chair, wine, good food, an open fire and someone to share it with.

We are located at Kortmar Manor, 15 Queen Street, BARMEDMAN NSW 2668.

We breed our pups first and foremost for ourselves and not to meet market demand - we make available for sale those pups that we don’t keep or place into the show ring with others - we don’t have pups available all the time and very few people that would like a puppy are going to be able to get one.

Even if you are shortlisted to receive a puppy from us, there will ALWAYS be a substantial (think years) wait for a puppy.